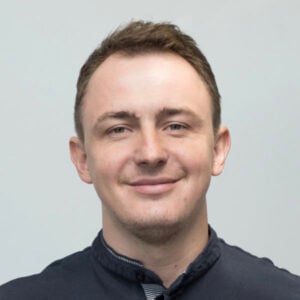 Danil Semenenko was born in Ukraine where he grew up and was educated. He is the founder and owner of the company Nuga Best, which specializes in medical equipment in the treatment of the locomotor system with representative offices in Zagreb and Rijeka. In recent years, he has lived in Croatia, where, according to his own words, he has found great friendship and Christian community. Today he serves as a deacon and preacher in the Church. He gladly speaks of the true deep privileges of walking with God which he holds can only be found in coexistence with Him. Witty and open, he gladly shares his joy of knowing the Lord from an early age in a Christian family that has instilled in him a deep faith in the Lord. He is married and the father of two boys.
Ostali članci

A contemporary church of enduring values

This website may use certain cookies to improve the user experience during the stay of users on this site. In a set of these cookies, those that are categorized as necessary are stored in your web browser because they are necessary for the basic functionality of the website. In some cases, we may use external cookies to help us analyze how a user uses this website. These cookies are exclusively yours and you decide on them - whether they can be stored - you can accept or decline the storage. Failure to do so may affect your experience of using this site.
Neophodni Always Enabled
Neophodni internetski kolačići su apsolutno potrebni kako bi ovaj website ispravno funkcionirao. Ova kategorija uključuje kolačiće koji osiguravaju osnovne funkcionalnosti i sigurnosne karakteristike websitea. Ovi kolačići ne sadržavaju osobne informacije.
Opcionalni
Bilo koji internetski kolačić koji moguće nije neophodan kako bi website ispravno funkcionirao a upotrebljava se posebno za skupljanje podataka o korisniku za analizu, reklame ili bilo koji drugi ugrađeni sadržaj se naziva ne-neophodan kolačić (non-necessary cookie). Za te tipove internetskih kolačića obvezno je dobiti korisnikovu privolu prije nego što takvi kolačići mogu profunkcionirati na web stranici.
SAVE & ACCEPT